ActionGlow is a Brand of 45th Parallel Lighting, LLC Company that manufactures LED lighting systems for sports equipment. This company specially makes lighting for snow, water and land sports so that the movement can be seen properly at night.

Their LED lights are bright, durable and lightweight and most sport lovers like this type of lighting. This light looks very beautiful in surfboard and doubles the fun of surfing.

The idea of ​​this unique business came to Garret Porter and Dakota Porter in 2011 when they were only 13 and 16 years old. Both these brothers love snowboards and were frustrated to wear boring action sports at night.

From this moment the ActionGlow company was born. These two brothers built their first light product on November 2013 and launched it at the local business expo, Surprisingly all the products were sold out in just 24 hours.

Garret and Dakota applied their company ActionGlow in Shark Tank Season 4, Season 6 and Season 8 but they did not get entry in Shark Tank.

After 3 time failure, both these brothers applied for the 4th time Shark Tank Season 14 by making an intro video of their company and they were selected in it.

Garret Porter and Dakota Porter appeared on Shark Tank Season 14 Episode 7 with their company ActionGlow and demanded $200K for a 15% equity at a $1.3 Million Valuation from the shark.

This Action Sport RGB LED Light is custom, durable, and waterproof with 3M VHB adhesive that comes with both LED lights.

The light comes with a 3M VHB that attaches to sports equipment without screws, drilling and damage. After installing this lighting system, it will never fall while riding, but if you want, you can remove it.

The average weight of their lights ranges from 9.0 ounces to 20.0 ounces with 9V batteries.

There are 7 colors in ActionGlow2 Lighting Systems, you can select any color. seven different colors are: blue, green, cool white, magenta, red, amber, and cyan.

The average price range for all these light systems is from $69 to $169. This lighting system is available on both Amazon and its website platforms.

Who Is The Founder Of ActionGlow?

The founders of the company “45th Parallel Lighting, LLC” are brothers Garret Porter and Dakota Porter, both are residents of Traverse City, Michigan.

Dakota Porter is the co-founder and CEO of the company. After completing his schooling from Traverse City Central High School, he did an Associate Degree, Entrepreneurship from Northwestern Michigan College.

Garret Porter is the CO-Founder and COO of the company. He has studied Associate Degree, Business Administration from Northwestern Michigan College.

Both the brothers started the ActionGlow LED Lighting System company in January 2012 while studying in school.

Both of them implemented the Action LED Light System in their snowboards for the first time in 2011. Seeing the lighting of their board, all the people demanded to buy it.

Seeing this demand, both the brothers decided that they would make their own action sports lighting system, In 2013, they launched their product, it was sold out in just 24 hours.

Founder launched a campaign on Kickstarter on August 2, 2016 for its 8 products, the ActionGlow2 Action Lighting System for bikes, snowboards and many more.

The campaign had a goal of $75,000, and was able to raise a total of $2,001 after the campaign ended on September 4, 2016. This company’s fund raise campaign in Kickstarter was completely unsuccessful.

They have a patent for their product. The product was featured in the ABS TV show The Ultimate Surfer along with Red Bull and Jeep commercials.

How Was The Shark Tank Pitch Of ActionGlow?

Both brothers Garret Porter and Dakota Porter entered Shark Tank with their company Action Glow and asked the sharks for $200k for a 15% equity.

Both of them told Shark about their Action RGB LED Lighting System product through a visual and also told how it looks great at night.

The price range for the Skateboard Action Lighting Color is $49 and this lighting is made for $15.

All their sales have been word of mouth, they haven’t spent any money on marketing. Tiktok video of their product had gone viral through which they got very good sales.

Kevin O’Leary says that the product is very good but it is very difficult to move forward with it, so he is out because of this.

Lori Greiner liked this business but right now it is too small and not investable for her so she is out of it. Mark Cuban said that this business is not fit for him, so because of this he is out.

Finalize: Robert Herjavec invested $200K in “ActionGlow” for for 30% equity.

What Happened To Action Glow After Shark Tank?

For the first time after 10 years, Action Glow got its first investment in Shark Tank, Garret Porter and Dakota Porter were also very happy about it.

Robert is a successful investor, he has invested in many companies and he is trying to grow this Action Glow LED Lighting System company.

By November 2022, this company’s total sales have been $130,000, because the founder was not able to focus much on this business.

This company is shipping its led lighting systems within the United States as well as Internationally. After featuring this company in Shark Tank, we are hopeful that it will sell well.

Garret and Dakota Porter These two brothers gave a very good presentation in Shark Tank and they also told how they applied in Shark Tank 3 times.

This company has got investment in Shark Tank and we hope that this company will do very good sales in this week.

We’re following Garret Porter and Dakota Porter along with their company for further updates.

What Is ActionGlow Net Worth?

This lighting business has been running for a long time, although the founder had launched a Kickstarter campaign for their product and it was not successful.

Both brothers won a pitch contest in Detroit when they were teenagers, but were not given the $40,000 prize because of their age.

Looking at the company’s sales data, we think 45th Parallel Lighting, LLC (ActionGlow) net worth to be around $0.5 million to $1.1 million.

Is ActionGlow Still In Business?

In 2022, this company has completed 10 years. The founder started this company when they was a teenager and their beginning was not easy.

When these two brothers set out to sell their first lighting system, all their lighting products were sold in 24 hours.

As of November 2022, only 2 people are working in this company and its headquarter is in Traverse City, Michigan, United States.

This LED lighting system is available on Amazon and many people are liking it. This product has got a rating of 4.1 out of 5 on Amazon in November 2022.

Yes, 45th Parallel Lighting, LLC (ActionGlow) is still in business as of November 2022. 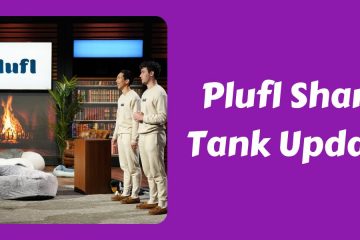 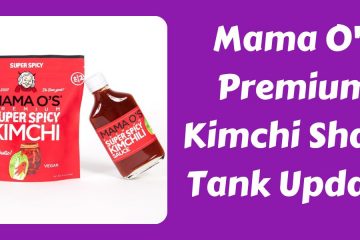 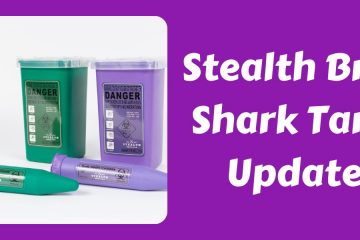