Create a Castle is a bucket that makes building castles very easily and in less time using sand and snow. This bucket is made in different shapes, which is a reflection of the sand and snow shape of the castle.

Create a Castle appeared in Shark Tank Season 14 Episode 3 and asked the Shark $350k for a 10% equity at a $3.5 Million Valuation. It is a unique and innovative product that makes beach life fun and entertaining. Kids and old people can have fun with this.

There are many people who go to the beach with their families and try to build a castle with the children through the sand.

It is not easy to build a castle through sand without an expert. So Founder Kevin Lane came up with the idea for this product when he noticed that Father and Son had become quite Frustrated while building the castle.

When this father and son tried to build the castle, then it used to become Collapsing. So to solve this problem, the Create a Castle product was invented.

What Is Create a Castle?

Create a Castle is a bucket through which a castle can be built using sand and snow. Anyone can build a huge castle using this bucket whether he is an expert or not.

If a beginner tries to make a castle in his hand, then it is not possible for him and it also takes a lot of time.

Same if this Castle Bucket is used then it gets done in very less time and looks very beautiful in appearance too.

This product can be used both indoors and outdoors. You can buy it from Walmart, the company website, and Amazon.

Who Is The Founder Of Create a Castle?

The founder and CEO of Create a Castle Manufacturing Company is Kevin Lane, who is a web designer. Kevin started Code Hounds, LLC company in 2010 which is a web production and design studio.

After his studies, he worked as a web designer in multiple companies, including WebMediaBrands, Jupitermedia, LifeCare, and many more.

Laurie Lane is the co-founder of the Castle Company. Apart from this, She is an independent vacation planner and accountant manager.

Create a Castle Before Shark Tank

According to LinkedIn, the Create a Castle company was started in 2016 by Kevin and his wife Laurie. Kevin operates this company and his wife manages the company’s sales. Together these two husbands and Wifes have made a successful company.

Kevin Lane went on vacation to Laguna Beach, California in 2016 In this, he saw that Dad and his Young Son are unable to complete the Castle.

Kevin came to know how much struggle it takes to build a castle through sand and snow. So Kevin is a web designer who invented his problem-solving skills to create a Castle Company.

He Spend 6 Months a lot of research to make this product And he discovered that by using the Stack and Play split mold technology, the sand and snow method could be changed.

After the product was manufactured, Laurie started selling this product online and people found this product very interesting. At the beginning of the company, their sales were very good.

The entrepreneur needs expert advice and investment to grow his business, so he made his decision to enter Shark Tank.

How Was The Shark Tank Pitch Of Create a Castle?

Kevin & Laurie entered Shark Tank with their company and asked the sharks for $350k for a 10% equity at a $3.5 Million Valuation. Both of them used this product to explain to the shark how a castle can be easily built using snow and sand.

Mark Cuban said that this business is not able to make a profit according to what it is able to sell, so because of this, it is out.

Kevin & Lori are out of this business because they didn’t find this business investable. Kendra Scott loves this product and will offer one that is $350k for 20% equity.

Daymond John offered this business $350k for a 25% equity and he would also license it.

What Happened To Create a Castle After Shark Tank?

Create a Castle is a very good profitable company but due to the Pandemic, this company could not make a profit. But the entrepreneur said they would make a profit of $300k in 2022.

Shark liked this business idea but didn’t like the cash flow of the business so much Kevin, Mark and Lori exited the business.

On October 8, 2022, Daymond John conducted a survey on Twitter saying “Who would buy Create a Castle for their kids?”. In this 55% of the people said that they would buy this product.

Similar products like Castle Kits are available in large numbers on Amazon and kids buy these products just to play. This product is available at Sam’s Club retail stores.

After Create a Castle got investment in Shark Tank, their product has become available on “HSN Online Platform” on November 2022.

The Create a Castle Company has received Kendra Scott as a partner. Kendra Scott is a very good shark, she knows brand building very well. So Shark will help this business to become a better brand nationally and internationally.

We’re following Kevin Lane and Laurie Lane along with their company for further updates.

What Is Create a Castle Net Worth?

This company invents products for entertainment, through which it becomes quite easy to build the castle. At the beginning of the company, he did very good sales. So at present, the net worth of Create a Castle is $0.5 million.

Is Create a Castle Still In Business?

This Business Appeared in Shark Tanks on October 7, 2022, so to celebrate Kevin and his friend Dan Anderson built the 15-foot Sand Castle near Local Lake. This large castle was completed on 30 September 2022.

He has shared both photos and videos on Instagram. This product was featured at the West Springfield, Massachusetts base The Big E event and there are many people who have used this product as well.

In 2020, the “International Toy of the Year” award was received by the Toy Association. The founder recently partnered with Tomy, a Japanese entertainment company.

Presently this manufacturing company’s headquarter is in Bridgewater, CT and about 2-10 employees are working in it.

Yes, Create a Castle is still in business as of November 2022. 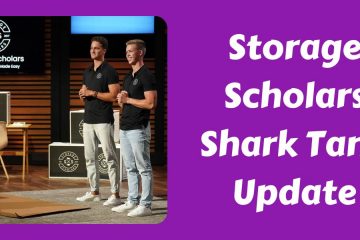 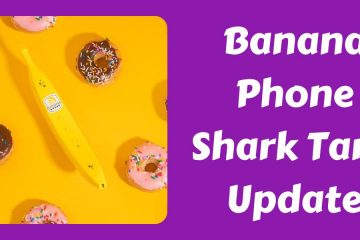