AnyTongs was launched in 2020 by Tog Samphel who is a product designer. Samphel dropped out of college in 2004 because he got a job offer in AOL. He worked as an Experience Designer at AOL Entertainment for 1 year.

Samphel is a product designer and has designed products for various companies both digitally and physically. AnyTongs is a simple product that solves the problem of multiple Tongs. Samphel quit his job in Loop Company in January 2023 to focus full time on the business.

Samphel appears on Shark Tank Season 14 Episode 13 for Funding and asks the sharks for $150,000 for 20% equity at $750K Valuation. This is a unique kitchen product that is solving a real problem.

AnyTongs is a kitchen tool that converts regular utensils (Spoon or Fork) into a tongs tool. There are different types of Utensils Tongs in the market and along with Utensils for Kitchen we have to spend on Utensils Tongs as well.

AnyTongs is the solution and will eliminate the need to purchase multiple utensils tongs. If you have different types of spoons and forks in your kitchen, they can be converted into tongs through this tool.

This product is made from plastic material and spring press tool. It is very easy-to-use and easy to attach any kind of spoon and fork. A single pack of this product costs $12.99 and a bundle of 2 costs $19.99. This product is also available on Amazon.

Who Is The Founder Of AnyTongs?

AnyTongs is founded by Tog Samphel, a product designer. In 2004, he dropped out of Montclair State University while studying Art and Design because he got a job offer in AOL.

He worked for 9 years as a designer for various companies, including Nintendo of America, Sourcebits, ADP, Meta, LOOP AND AOL.

AnyTongs was launched in 2020 by Samphel. Samphel got the inspiration to make this product from his mother. When his mother needed a pair of tongs while cooking, she used plastic tape to convert the utensils (Spoon or fork) into tongs.

After this, Samphel came up with the idea of ​​making this product, he started product design in March 2019 and made the first prototype in May 2019. Started looking for a manufacturer on August 2019 and after a lot of searching found a manufacturer partner on October 2019.

With Samphel in Product Delivery Time His Two Daughter and Wife Joined to Help. By December 2020, they had shipped all the backers.

How Was The Shark Tank Pitch Of AnyTongs?

Tog enters Shark Tank and asks sharks for $150k for 20% equity. Tog invests in AnyTongs to solve the multiple Tongs problem. Tog shows through a demo how ordinary utensils can be converted into kitchen tongs.

Tog loves product design and has worked as a designer for multiple companies for 10 years. Tog’s family belongs to Tibet. His mother used to make tongs out of plastic utensils and tape them to clothesline pins.

Their return ads spend is $1, since 2020 they have generated $7,000 in revenue excluding Kickstarter. Due to COVID-19, there was a lot of problem in the manufacture, due to which the inventory could not be done.

Kevin O’Leary said that he does not see the potential in this business, then he is out. Robert Herjavec said it’s an early sign for him, so he’s out.

Daymond John said it is early so he will offer $150k for 49% equity. Lori Greiner said Daymond has a very good offer so she is out.

This Shark Tank episode of Samphel aired on Jan 27, 2022 and Samphel invented this product to solve a real problem. This episode of shark tank was very funny and the founder gave a very good presentation to the sharks.

We’re following Tog Samphel along with his company for further updates.

What Is AnyTongs Net Worth?

The current worth of AnyTongs is estimated at $306K. As this product is one solution to multiple tongs and there are many women who need this product in their kitchen.

The Global Kitchen Utensils Market Size Was Estimated To Be $2.7 Billion In 2021, And The Industry Is Progressing At An “CAGR” Of 4.25% Every Year. The growth of this industry is going to be very high in the coming years.

Is AnyTongs Still In Business?

Samphel is running this company with the help of his wife Dawn, and kids, Marcus and Jordan. At present, the entire family of Tog Samphel is handling this business.

The company has been featured in several media publications including GadgetFlow, Tom’s Finds, Yanko Design, Trendhunter and many more.

The company is headquartered in Clifton, New Jersey, United States and is run by the Samphel family. “Samphel” is currently focusing on kitchen products and may move to other products in the future.

Yes, AnyTongs is still in business as of January 2023.

AnyTongs was founded in 2020 by Tog Samphel.

How much is AnyTongs Worth?

AnyTongs is worth an estimated $306K

AnyTongs solves the problem of multiple tongs, this tool can be used by converting a variety of spoons and forks into tongs. 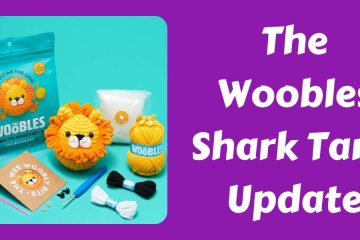